by Benjamin
in Blog 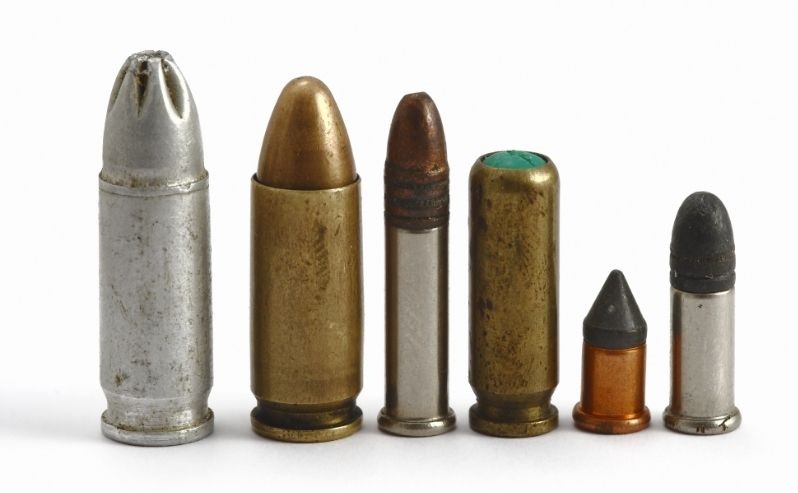 Without the right bullet sizes, calibers, and types, your firearm is like a poker tournament with no cards, a chessboard without pieces, or a dance party without music!

One-size-fits-all is definitely not applicable when it comes to ammunition for handguns and rifles! And this article will lead you through the different bullet types and cartridges that you need for various guns.

The correct word for a bullet is “cartridge” or “round” or “cartridge round.” The bullet is the piece on the top of the cartridge. The word “caliber” will also be explained, and you’ll learn how many types of bullets you get for different types of guns.

A simple handgun can be a revolver or a pistol; each kind requires different rounds. Rifles range from single and double-barreled shotguns to semi-automatics, automatics, and fully automatics.

Again, it would help if you chose your ammunition based on the firearm you have. Ammunition comes in different weights, bullet sizes, and calibers, according to your specific gun barrel. Or, more accurately, the inner part of the barrel, which is called the bore. 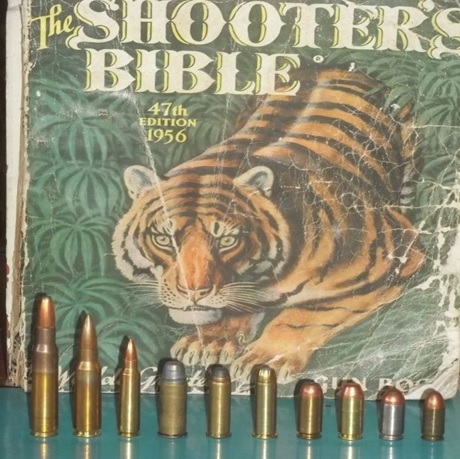 What Does “Caliber” Mean?

Each round, as a whole, is made up of a cartridge and a bullet. The cartridge is cased, usually in brass, and holds the gunpowder (propellant). The bullet, as already mentioned, is the metal projectile covered in a metal casing, like copper. Recognizing the modification of the bullet is how you differentiate between bullet types.

The caliber of a bullet can be the same for many cartridges, but the weights will differ. The importance of a shot is measured in grains. There are 7,000 grains (gr) to one pound. For example, a 9mm round can weigh 115 gr, 124 gr, 147 gr, etc. But will measure the same diameter.

The diameter is measured in inches or millimeters. These differences determine the velocity, force, and speed of the fired round. The bullet type will affect how accurate the round is and how it will penetrate the target. This makes it possible to use specific types of ammunition for different functions. For example, deer hunting, shooting clay pigeons, self-defense, target shooting, precision, tactical shooting, etc.

*See the table below for a list of standard calibers

The table gives the following information:

What’s In The Cartridges?

A cartridge is made up of:

Load. Aim. Fire. Once the trigger is released, the hammer or firing pin strikes the bottom of the cartridge. The cartridge will be rimfire or centerfire, depending on where the primer is placed. The primer ignites the propellant, and the force of the explosion releases the bullet from the cartridge.

How Does Recoil Affect Shooting?

Recoil is based on the weight of the bullet and, therefore, by how much power it has due to gunpowder in the cartridge. For example, the .45 ACP weighs 230 grains. It has a medium recoil strength and is not recommended for beginners.

At the bottom end of around, you will see an indentation in a circle shape. This means the bullet’s primer is in the center, and it is, therefore, a centerfire. When the primer is situated around the rim, it’s called rimfire.

Rimfires are usually cheap, and the .22LR is a popular (although small) bullet because it only needs a low pressure to set off the primer in both rifles and pistols. The weight of a .22LR is around 30-40 grains, leaving it with mild recoil. It’s a good bullet for beginners.

Another example of a close-range, low recoil is the .380 ACP. It has a low recoil at close range and delivers good penetration. The .38 Special is also a 9mm. The difference is the weight and the amount of gunpowder that it contains. Guns have various stopping powers, various recoils, various weights, and various calibers. So now gun owners must familiarize themselves with different types of ammunition and the terminology. 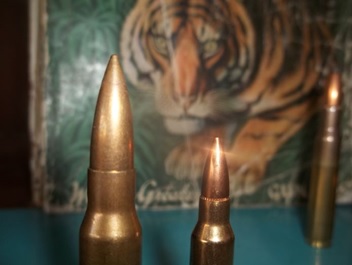 Stopping power is determined by the type of bullet. Each type will deliver a different impact. Here are examples of the most commonly used types of bullets:

This type of cartridge is excellent for high-volume target shooting. It does not expand on impact like hollow-point bullets. This makes it less suited for defense shooting and hunting.

Why? Because it moves so fast and retains its shape so well, it will go straight through its intended target.

Full metal jacket bullets leave less fouling, so using this ammo means your gun stays accurate for longer. They are made by filling a copper jacket with a lead core. It gets filled from the bottom of the cup.

A soft point bullet is like a full metal jacket but with a lead point. The copper casing gets filled from the top as opposed to the bottom of the cup. This type of bullet is ideal for hunting. It has the advantages of the FMJ as well as having expansion and penetration.

Often, hollow-point bullets are jacketed (JHP). JHP bullets are designed to hit soft targets. When they penetrate the target, the bullet “rips” open and mushrooms outward within the target. Ideal for hunting and self-defense. 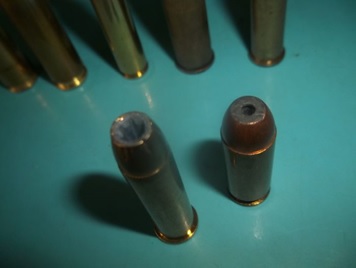 These bullets come with equal doses of controversy and confusion. For all intents and purposes, they are the same. But there is a difference. The open-tip match is used primarily for target shooting.

Because of a technicality, the military can use them because they are not hollow points.

And some hunters can’t use them because they are! The manufacturing process leaves the top of the bullet with a small hollow. So because they were not designed for expansion, they are classified as OPT. They have excellent accuracy for range.

These bullets are excellent for target shooting, especially paper targets, as they leave an easy-to-see hole with minimal tearing. This makes them suitable for scoring. They are also known as Wadcutters.

These are the cousins of the LFN. The round point gives them a higher velocity than the LFN. This is because the round nose carries a heavier load of powder. The LRN has less expansion, though.

These bullets are hollow points, but they are tipped with a polymer to give them a “spritzer” shape. This increases the speed and velocity after firing. They are excellent for hunting. You still get the expansion of an HP, but your range and accuracy are increased.

Shotguns take cartridges called shells. The cartridge is measured in gauges. The two most common are the 12 gauge (12″) and the 20 gauge (20″). With shotgun ammo, you get a cartridge filled with lead pellets.

The gauge indicates the weight and number of pellets you get inside the cartridge. For example, one pound of shot in a 12 gauge means there are 12 pellets weighing a pound. In a 20 gauge, there will be 20 smaller pellets. So the 12″ is the larger gauge.

With shotguns, you get three types of loads:

Is the best for home defense. Buckshot comes in different sizes depending on the shell length, the gauge, and the number of pellets. The bigger the pellets, the lower the number. For example, #4 buck means each pellet is .24 inches. #3 buckshot is .25 inches. The #2 buckshot pellet is .27 inches. And so on.

Is made up of many tiny pellets that scatter, making it easier to hit flying birds. As the name implies, it’s suited for hunting birds.

Is a single lead shot. But it can be made of copper or other metals and alloys. This makes it more stable than bird or buckshot. Slugs are good for shooting large game and also for home defense.

If you are a new gun owner, make sure you get familiar with your firearm. Know what caliber it is and what ammunition is suitable. Using the wrong size cartridges can have devastating effects for both your gun and yourself. So make sure you have the right ammunition in your gun safe.

Please feel free to contact us if you have any questions, suggestions, or comments.

How To Clean And Lubricate A Gun

Benjamin Worthen is a former Gunsmith of more than 20 years. He now works as a writer in the firearms industry and as a marketing consultant for several industries including the Political and Firearms arenas. He has worked in consulting capacities and as a contract vendor for the military and law enforcement agencies and as a firearms designer and engineer for proof of concept pieces and custom firearms. He is a vocal supporter of Second Amendment rights.

How To Clean And Lubricate A Gun

How To Build An AR-15 Upper Receiver