Cannon Gun Safe – How Are They Different From Traditional Gun Safes?

by Aaron Ross
in Gun Safes 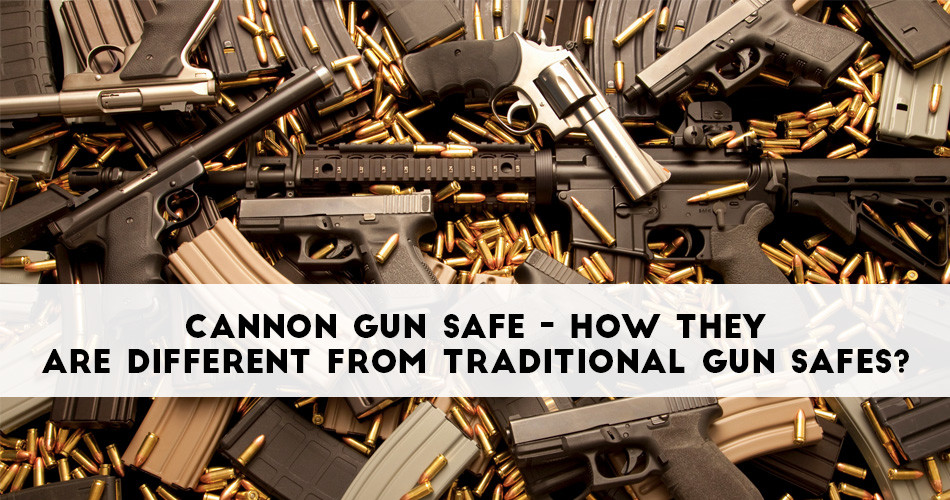 A general rule when considering buying any gun safe, other than the general laws that are to be abided by, most gun owners prefer durable, as well as, secured safes, i.e. gun safes that keep unauthorized individuals from accessing it.

There are still similar concerns to take care of when looking into purchasing one of these boxes, such as its resistance to fire, burglary protection, quick access for owners, as well as flooding or building collapses.

Traditional gun safes as perceived by the average gun owner, seem like the best option when considering purchasing any sort of protection for their guns, or even general valuables.

But then, most burglars are pretty much associated well with these traditional safety devices, therefore, getting through to them would be simple enough to do.

As a substitute and a better alternative, Cannon gun safes can offer much more than a regular traditional gun safe. Especially when looking into the regular safe’s specifications, which rarely ever coincide with what an average gun owner would prefer in a contraption that protects his gun.

Established in 1965, the reputation of these gun safes has been high and above most safes, making it a trustworthy product while maintaining its budget-friendly disposition. A Cannon gun safe on the other hand gives what is expected.

Cannon Gun Safes – Why You Should You Buy One?

All in all, Cannon gun safes have been produced for over half a century, and have been historically known for their safety and security values. Perhaps traditional propriety, these safes keep updating themselves to match with current burglary as well as technological trends.