How To Build An AR-15 Lower Receiver

by Justin
in Guides 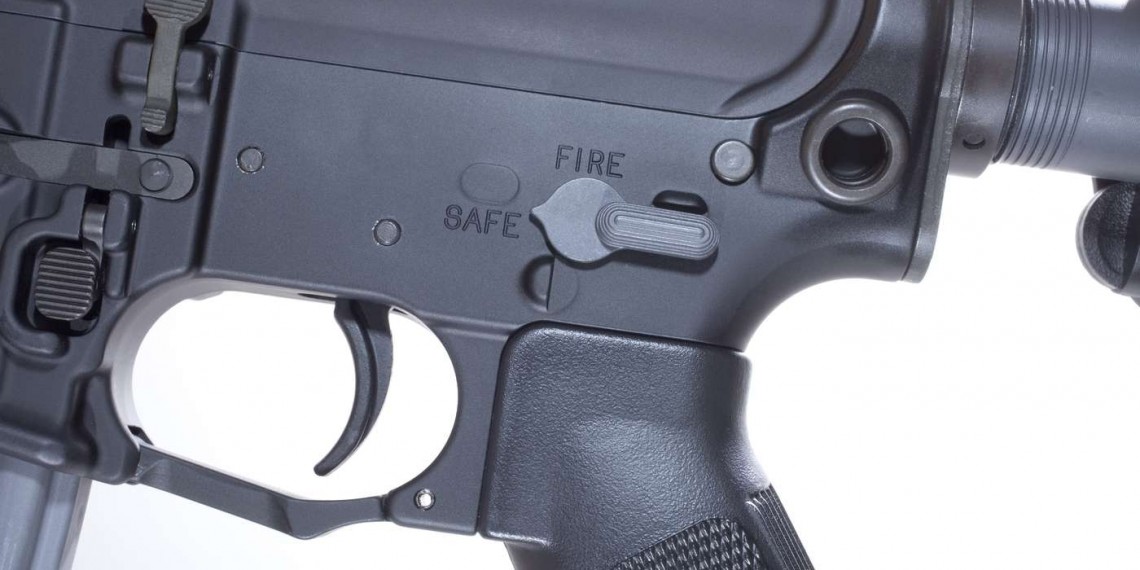 How much you want to customize your AR-15 is entirely up to you. If you want something that’s ready to pick up and shoot, there are plenty of AR builds that are perfectly reliable right out of the factory. If you’re a more enthusiastic hobbyist, you may prefer to build the gun yourself, using pre-fabricated upper receivers, lower receivers, and a barrel.

But if you really want to get a 100 percent custom build, you’ll need to start from the ground up. This means choosing your own components, such as the trigger assembly and the buffer tube assembly, and installing everything in a bare AR lower receiver.

Keep in mind that lower receivers are legally considered firearms by the US government. If you want to buy a complete receiver body, you’ll need to have it shipped to a registered FFL dealer. Alternatively, you can buy an 80% lower and complete it on your own with a jig.

Here’s a quick list of all the parts required to construct a complete AR lower receiver. Keep in mind that most of these parts will come in kits. For example, an aftermarket trigger assembly typically includes the entire trigger group, hammer assembly, and trigger guard assembly.

Before you get started with assembly, it’s important to have all the tools you need to complete the job properly. Here’s a quick checklist. The vice is optional but can be very helpful during a couple of steps of the building process.

To explain the lower receiver assembly as simple as possible, we’ve broken the job down into smaller tasks. This guide is written under the assumption that you’re looking at a big bag of parts. If you’re using pre-built assemblies, you’ll be done much faster.

The first step in assembling your AR-15 is to install the magazine catch assembly.

To do this, insert the magazine catch into the wide slot on the left side of your receiver (just above and to the left of the trigger guard). Then, find the hole on the other side of the receiver that lines up with the threaded rod in the magazine catch. Slip the catch spring over the rod, then screw the catch button on a few turns to get it started.

Press the button down until it’s sitting exactly at the level you want it. Then, using a punch to hold the button in place, screw the catch rod the rest of the way into the button.

To test your magazine catch, try inserting a magazine into the receiver. If the catch is functioning properly, the magazine should click firmly into place, and shouldn’t have much, if any, wiggle. Press the catch button, and ensure that the magazine releases smoothly and effortlessly. If this is the case, congratulations! Your catch assembly is assembled.

The bolt catch is another relatively simple assembly, and shouldn’t take more than a few minutes to complete. The hard part is getting the roll pin started since the bolt catch will be under spring tension while you’re tapping it in. A vice is helpful here, but not required.

Make sure to put some masking tape on the side of your receiver to protect it from any errant hammer strikes. And remember to put the bolt catch spring in place before you install the roll pin.

Once the pin is started, there are two ways to get it centered. The first is to use a specialized roll pin punch. If you have one, tap away for a minute and you’ll be set. If you don’t have a roll pin punch, simply wrap both jaws of some needle-nosed pliers with electrical tape – to protect your receiver’s finish – and center the roll pin manually.

Either way, testing is simple. Simply verify that the bolt catch opens and closes smoothly and that it’s being held under tension by the spring.

The front takedown pin is a small part, but it’s the one that most frequently trips up beginners. Once again, it’s helpful if you can keep the receiver mounted in a vice while you’re performing this step. Another important thing is to make sure you’re in a clean, well-lit area.

To install the takedown pin, first install the detent spring in the hole to the side of the pinhole. Next, set the detent pin in the end of the spring, and hold it down with a razor blade or another thin object while you slide the front takedown pin into place. Do it right, and you’ll be done in seconds. Let the pin slip, and you’ll need to track it down.

Testing this is easy. Just pull on the takedown pin, and ensure that the detent pin is preventing it from being removed completely. But be careful while you’re doing this, just in case the pin is off track. You really don’t want to spend the next hour looking for a tiny pin.

This is where your experience will vary if you have a pre-built trigger assembly. In that case, simply insert the trigger and trigger guard retaining pins, and skip ahead to the section labeled “Selector and Grip Assembly”.

If you’re still with us, it’s time to assemble your own trigger and hammer. Trust us, it’s totally painless.

The next part can be a bit of a balancing act, so we hope you have a vice. You’ll need to balance the disconnector on top of the disconnector spring and lower the whole assembly into the receiver. Secure it in place with a locking pin, ensuring that the pin passes through both the trigger and the disconnector.

To test, make sure the trigger pulls smoothly, and that the disconnector pivots freely, under tension from the spring.

Now it’s time to assemble the part of the gun that makes it go bang. To build the hammer assembly, first install the spring, which should hang with the loose ends facing away from the hammer face, towards the back of the receiver.

As with the last step, the hammer is easiest to do with a vice, since you’ll need to hold it under tension while you’re pushing the retention pin into place.

Press it down until the two sides of the hammer spring are resting across the trigger pin. On one side, the spring should fit into the gap in the trigger pin, so it won’t slide from side to side. With the hammer in that position, lock it in place with the locking pin.

To test your hammer assembly, pull the hammer back, and ensure that it locks into place. Then pull the trigger. If everything is put together properly, the hammer will snap forward instantaneously.

Now that your trigger and hammer are working properly, it’s time to install a trigger guard to prevent them from going off accidentally. To begin, remove your receiver from the vice, and install the front of the trigger guard using the small detent. Be sure it’s facing the right direction – taking a trigger guard apart is a lot easier than putting it back together.

Next, lay your receiver down sideways on top of a small woodblock. Use this to brace against, and use a hammer and punch to drive the roll pin through the back of the trigger guard.

Since this is a tight-fitting pin, you may need some spray lubricant to help you get it started. Please note that some trigger guards don’t have a detent. In that case, install the front pin just as you would attach the rear pin.

If your receiver kit uses a spring-loaded detent, this is a good time to test it. Press the detent, and it should pivot open without any difficulty. If it doesn’t, try removing and re-installing it.

The reason for installing an AR fire mode selector and pistol grip simultaneously is that the grip holds the selector in place. And since you can’t install the selector until the hammer and trigger assembly is in place, it’s best to perform both tasks near the end.

To begin, pull back the hammer, and insert the fire mode selector in the “safe” position. Next, look at the mounting point for the pistol grip, just behind your trigger guard.

There, you’ll see a small hole. Insert the selector detent into the hole, pointy side down, and place the pistol grip over the top of it to hold it in place. Finally, using a flathead screwdriver, screw the grip down until it’s mounted securely.

At this point, you have a fully functional firearm, but without a buttstock, you don’t have an AR. First, though, you’ll need to install the buffer and spring to properly mount your stock.

To begin with, install the takedown pin on the right side of your receiver. Before pressing it all the way through, insert the small spring and retaining pin into the lower, using the takedown pin to hold them in place.

Next, screw the castle nut all the way onto the buffer tube, with the notched side facing towards the front of the gun. Screw the buffer in place until it’s secure, then install the takedown pin’s detent and spring. As when assembling the front takedown pin, be careful here. You’re almost done, and you don’t need to waste time over a pin.

Once that’s done, you’re ready to install your buttstock. Provided you installed the takedown pin correctly, this should be easy to lock in place in mere seconds.

While assembling an AR-15 lower receiver may seem complex at first, it’s not that complicated when you break it down into its constituent elements. Simply perform each step in the appropriate order, without rushing anything, and you’ll have a functioning lower receiver in no time.

If you’re working with preassembled kits, use common sense. For example, if a trigger assembly is already put together, simply lock the entire unit into place when you get to the part of the guide for “Selector and Grip Assembly”.

As we mentioned, there are plenty of good prebuilt AR lowers on the market. But by building your own, you take control over every step of the process. Whether you want to use a target trigger that breaks like glass, or whether you want to exchange a stock selector to a left-handed version, knowing how to build your own AR-15 lower receiver offers a host of benefits.

Check out the other informative guides put together by our expert team here at Guns & Safety Reviews;